Learn all about the different BENZAK cuts in our fit guide. Over the years we have developed a total of eight different model numbers, equally divided over our two production facilities: four in Japan and four in Portugal. All of our Japanese made models start with BDD, while the European made ones all start with the letter B followed by a dash. The order of cuts goes from slim to wide and you will find the Japanese cuts on the left, while the European made cuts are displayed on the right side. Scroll down to the bottom to find a visual overview of all cuts next to each other. 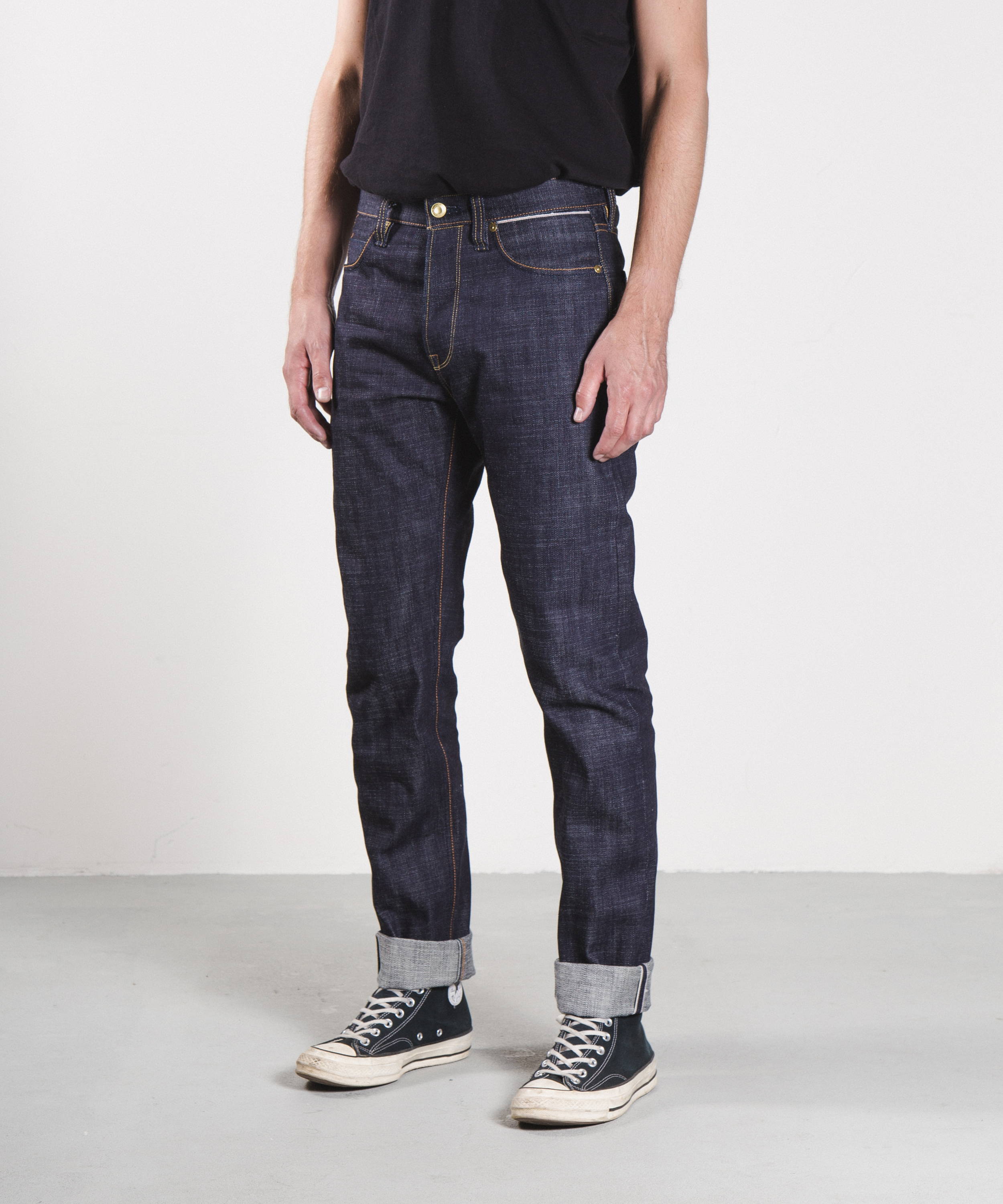 The BDD-516 is a slim fitting silhouette with a high rise, snug thighs and slim tapered legs. It can be considered our Japanese-made equivalent of the B-01 SLIM. It’s the ideal fit for anyone looking for a higher version of the BDD-006, or aiming for slimmer fitting option compared to the BDD-711. Made in Japan.

The B-01 SLIM follows a slim tapered silhouette all the way down the leg. It’s a versatile cut leaving enough room for extended movement and an all-round snug fit. We’ve developed the B-01 with a curved waistband which creates a figure-hugging super comfortable top-block. The slim fit is a versatile style for a multitude of occasions. The B-01 SLIM’s shape allows for an effortless smart-casual style and is also suitable for a refined laidback look. Made in Portugal.

EXPLORE ALL B-01 SLIM 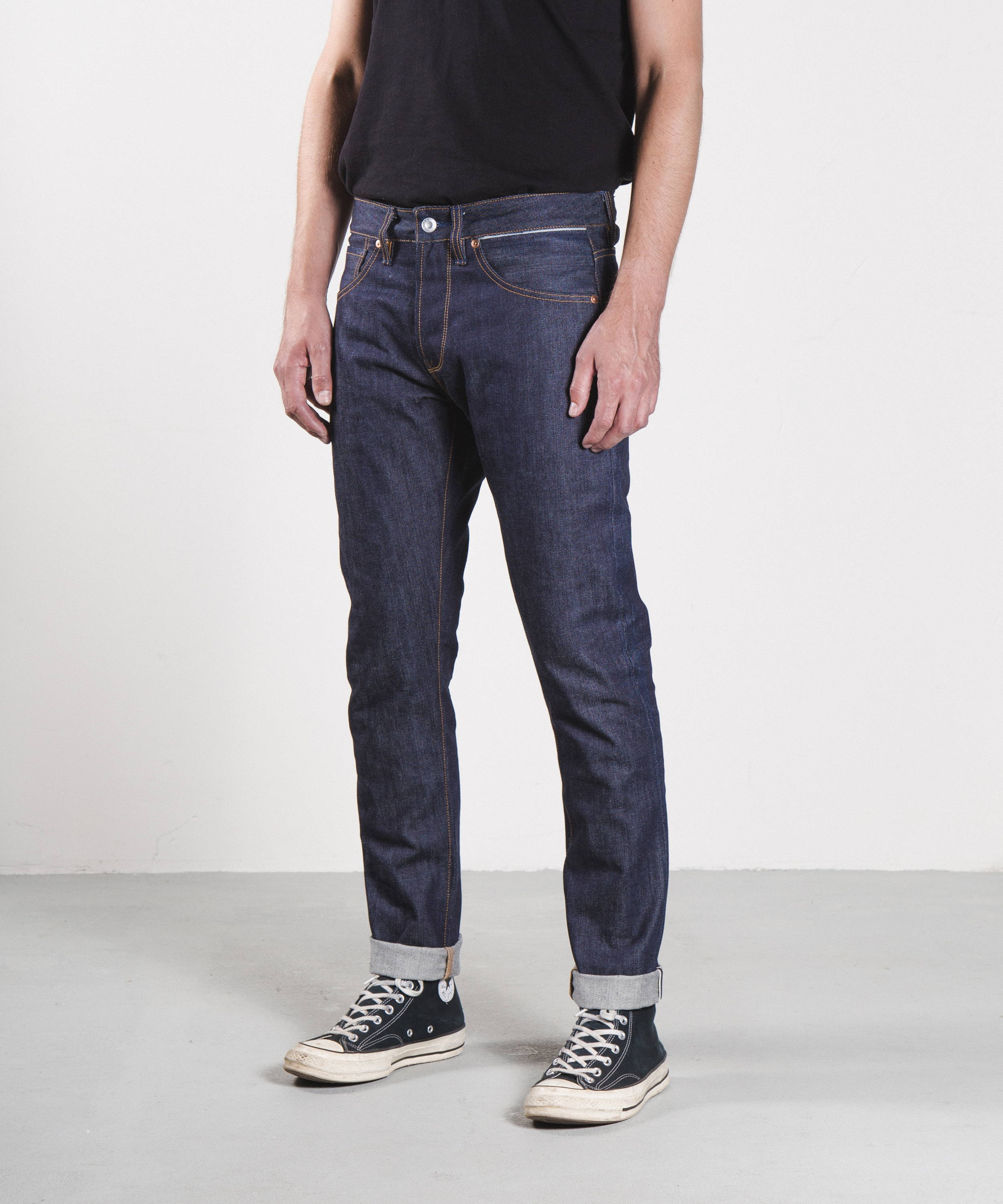 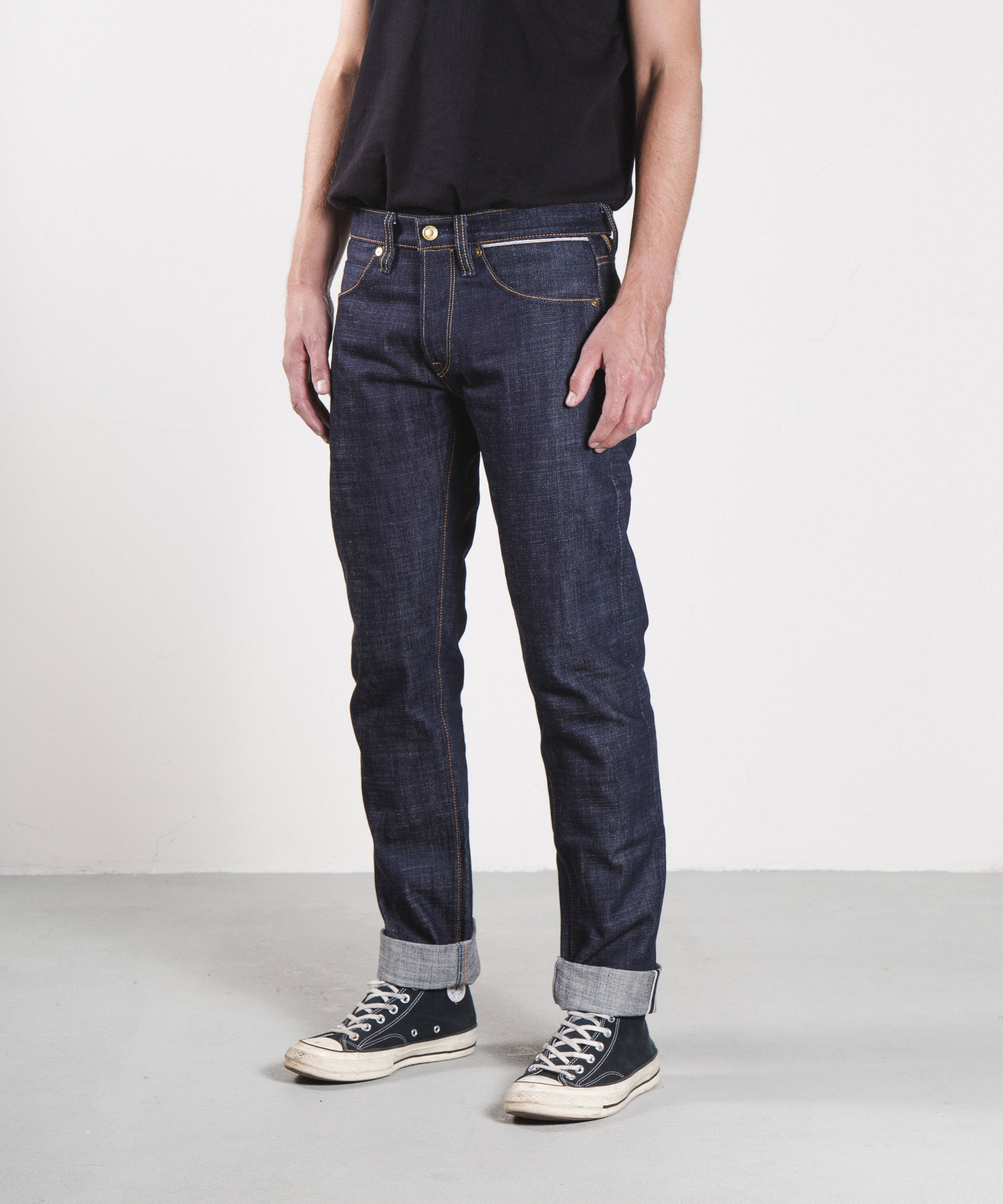 The BDD-006 is a slim fitting silhouette with a modern mid-rise, snug thighs and a consistent slim straight shape down the leg. Due to this, the BDD-006 is a versatile modernised slim fit suitable for the majority of body types. Made in Japan.

The B-03 TAPERED is a regular fit with a long rise, dropped crotch and roomy thighs. The taper from the knee down allows for the silhouette to maintain a slightly slimmer bottom hem for a contemporary casual look. The B-03’s modern cut is a versatile everyday fit. It’s constructed with a shaped waistband, the top-block is rounder and guarantees extra comfort from your first wear. The refined fit contributes to your jeans staying in place while avoiding unnecessary sagging. The B-03 TAPERED is a very convenient fit for all-day, everyday wearing. BC-01 TAPERED CHINO is also based on the same block. Made in Portugal.

EXPLORE ALL B-03 TAPERED 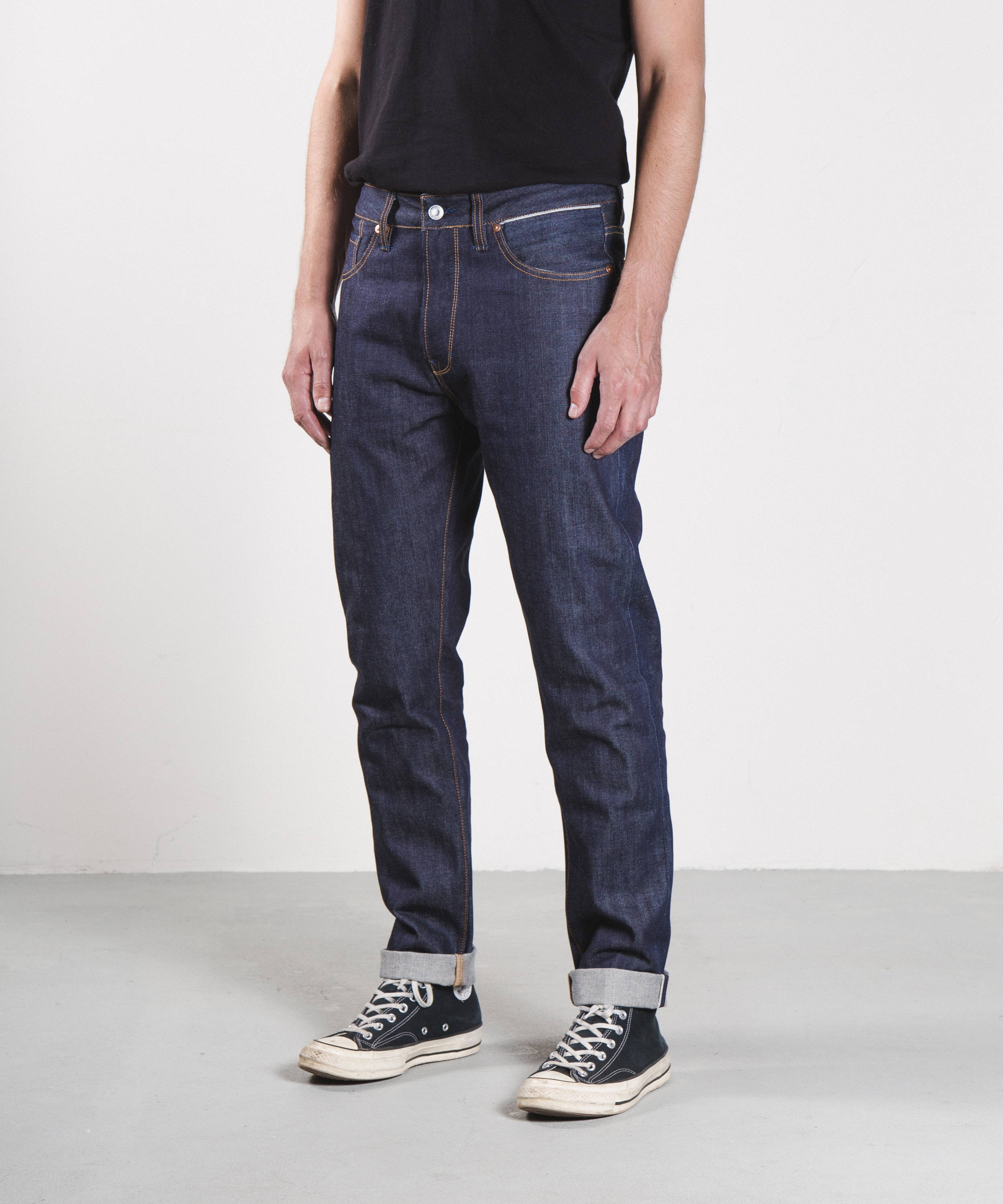 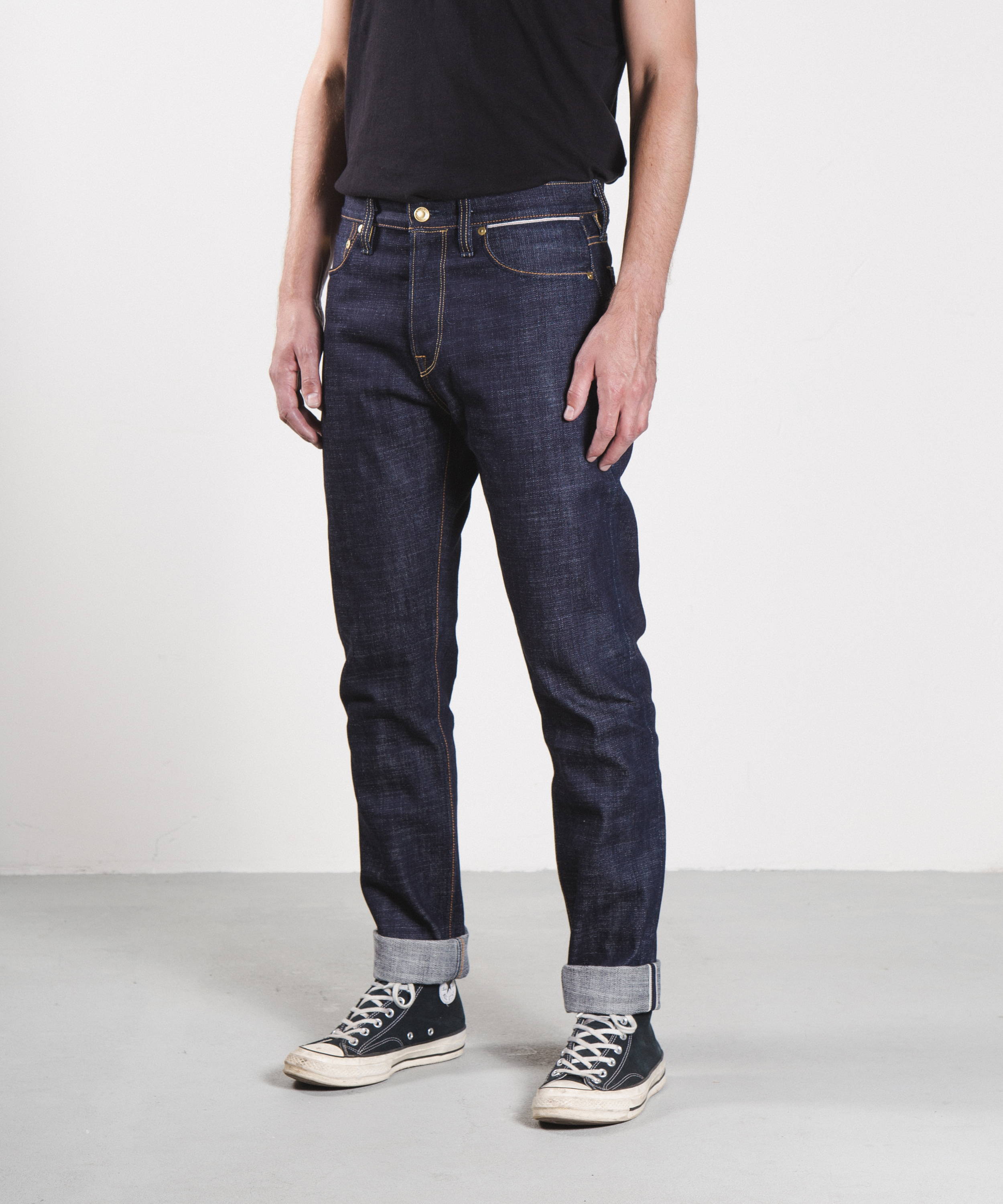 The BDD-711 is a regular fit with a high rise/dropped crotch, roomy thighs and tapered legs. This is the most ideal fit for you if you're looking for a bit more room in the top block. The taper from the knee down allows the silhouette to maintain a slimmer bottom hem for a contemporary casual look. When sized down, the BDD-711 can be worn as vintage cut with a high rise; and when sized up, it can be worn relaxed on the hips with a dropped crotch. Made in Japan.

The B-02 STRAIGHT is inspired by a classic 1940s straight silhouette. We’ve modernised the fit with a shaped top block. This brings the jeans closer to a contemporary cut, still paying homage to its roots. Although the cut has a high rise, the B-02 STRAIGHT grants plenty of room throughout and allows for additional movement in the top block. Made in Portugal.

EXPLORE ALL B-02 STRAIGHT 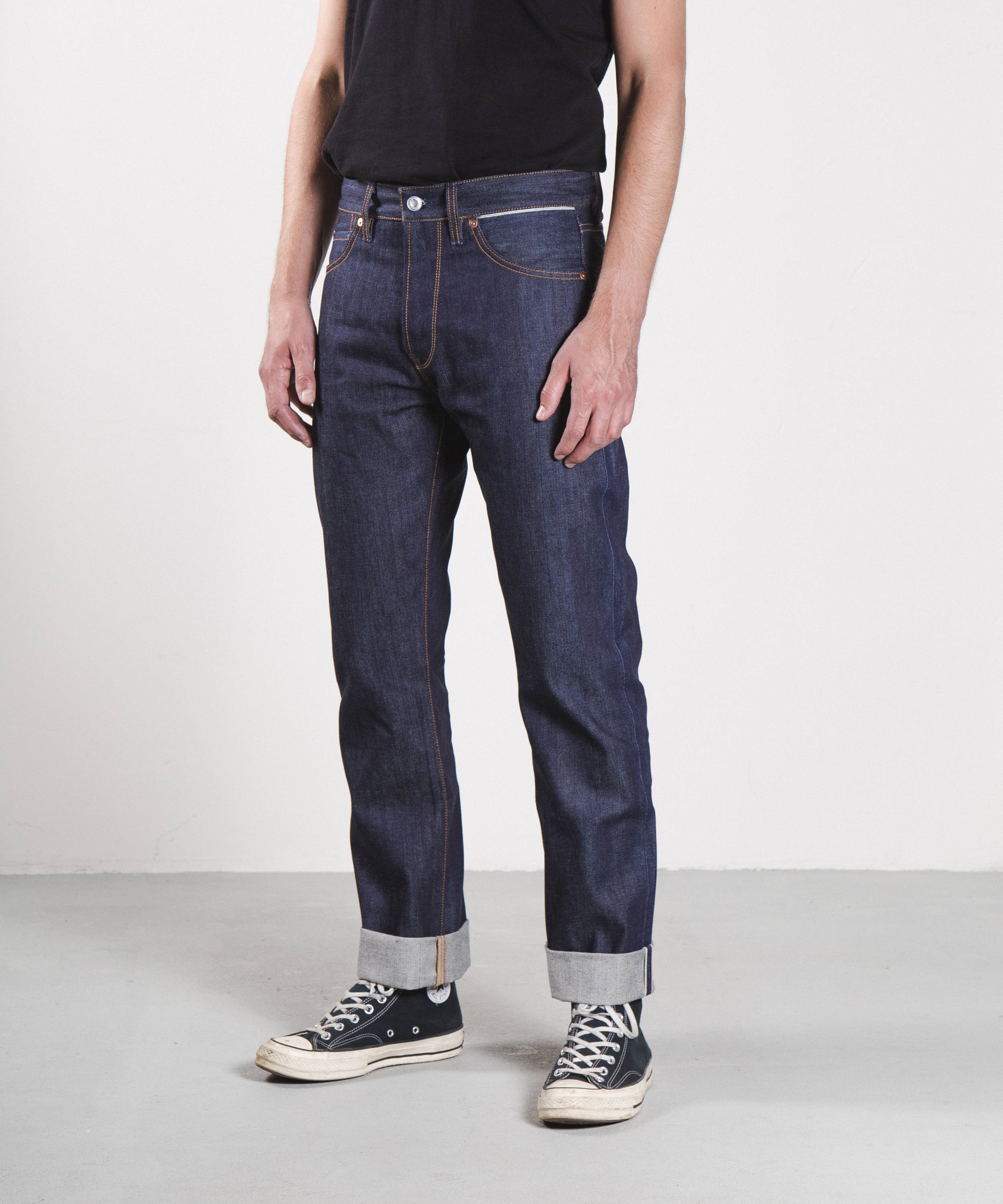 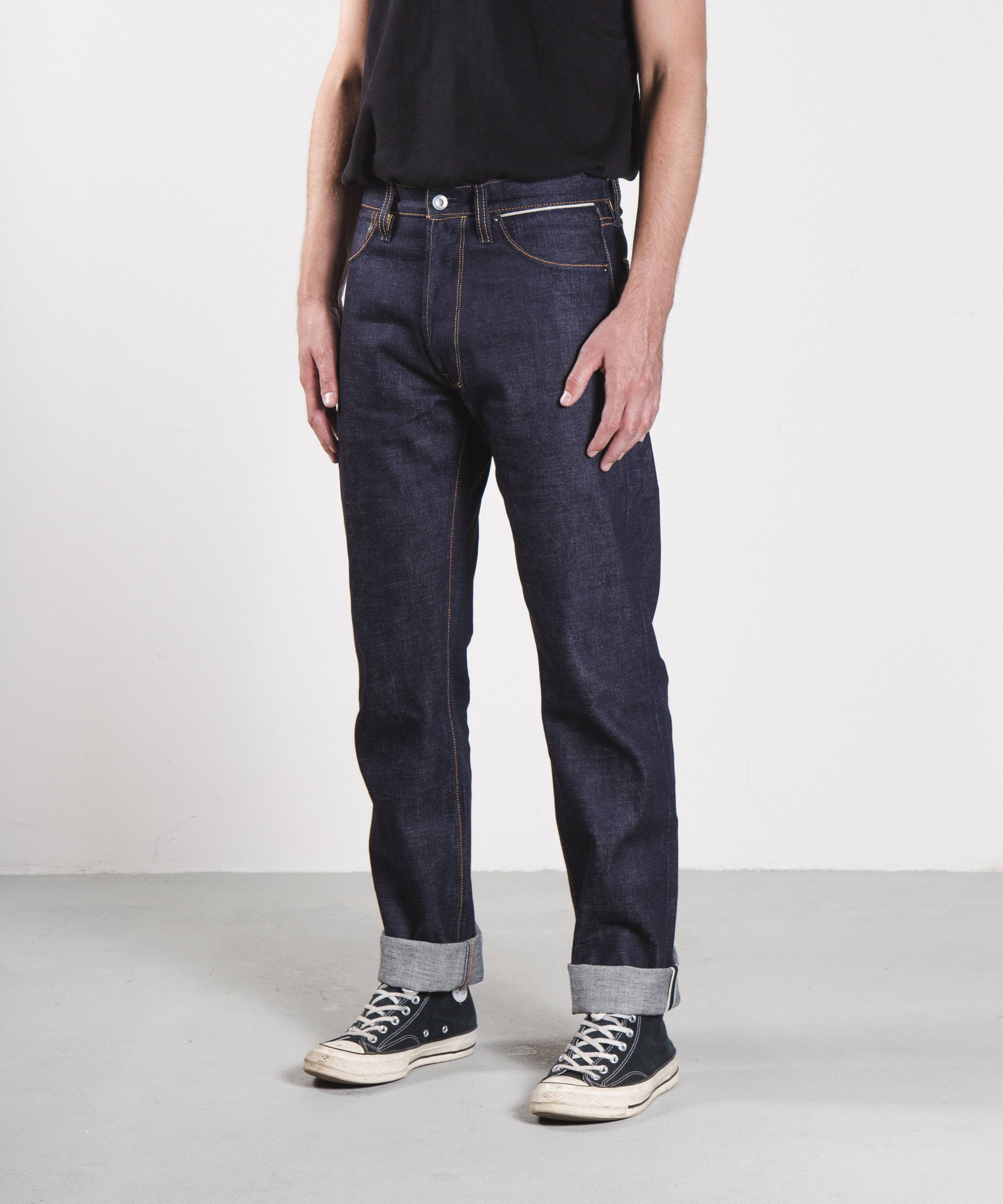 The BDD-707 is inspired by a 1940s straight-cut classic silhouette. We’ve modernised the fit to adapt to today’s requirements. Due to its high rise and shaped top block the BDD-707 has plenty of room for movement and boasts a little extra comfort. Made in Japan.

The B-04 RELAXED is a loose-fitting silhouette designed for a free-and-easy style. It's the most optimal cut for those who want a laid-back yet composed look. The loose-fitting cut combined with the shaped waistband guarantees extra comfort from your first wear. The slight taper from the knee down gives it a contemporary appearance. The relaxed approach of the B-04 RELAXED is a nod towards a streetwear-inspired style. BC-02 RELAXED CHINO is also based on the same block. Made in Portugal.

EXPLORE ALL B-04 RELAXED 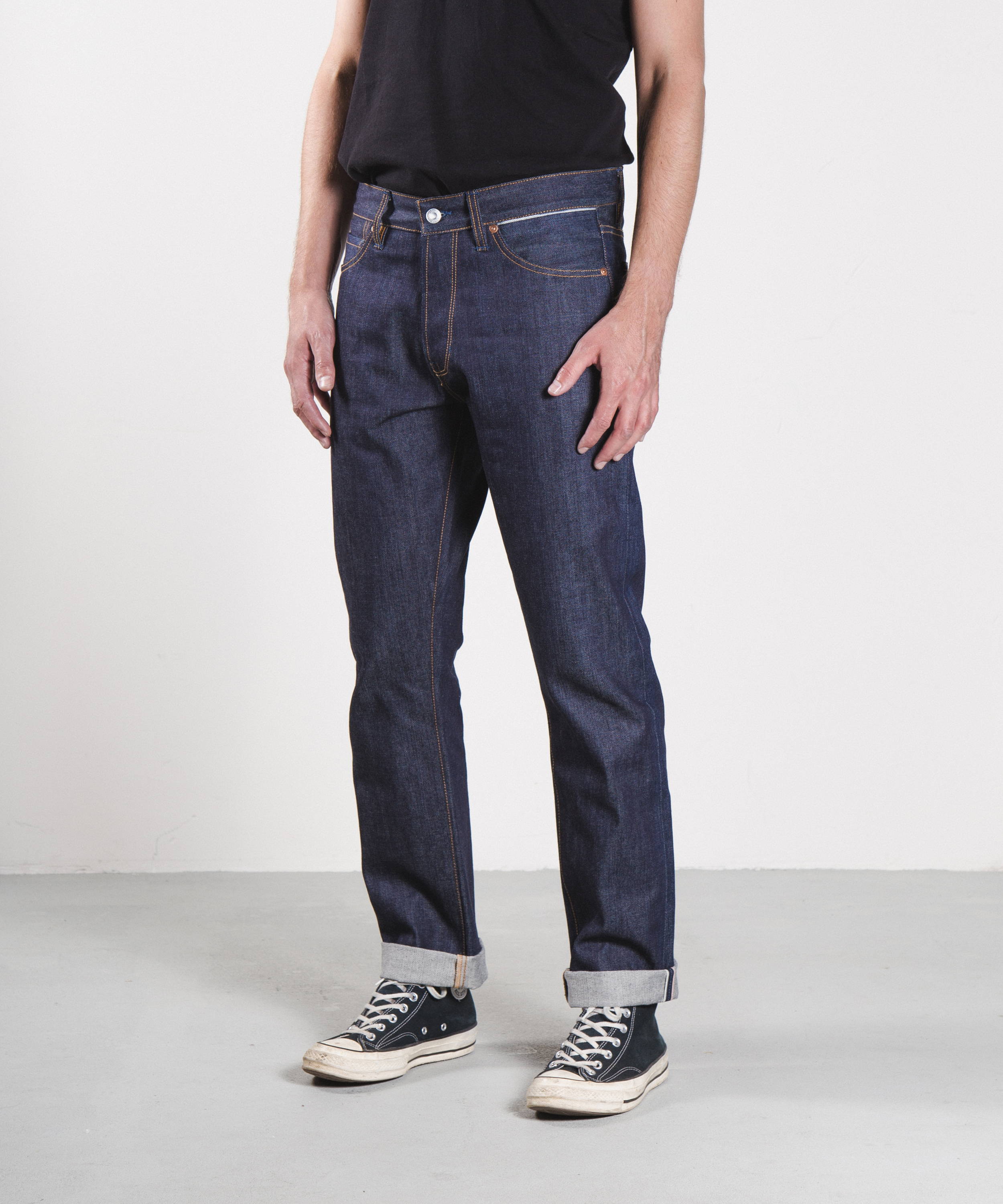 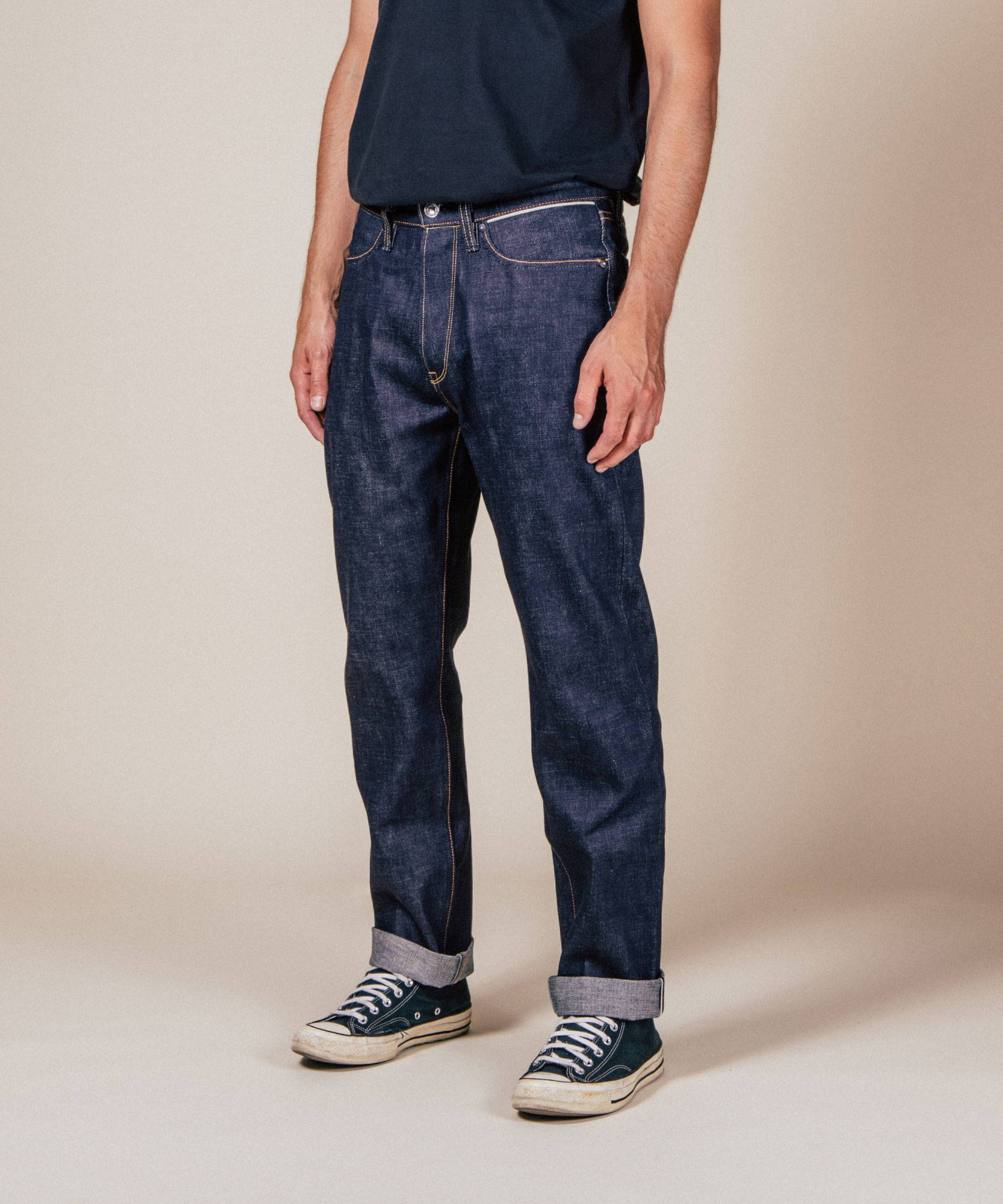 The ‘N’ in its name stands for ‘new’ because it’s an updated version of the previously discontinued BDD-710, which has been part of our first collection back in 2013. Originally developed as a vintage cut, we took the 710 base and tweaked it towards a modern update of this cut. BDD-710N is considered relaxed, has a long back rise, and the legs slightly taper to an easy hem opening. It comes close to the silhouette of the European made B-04 RELAXED.